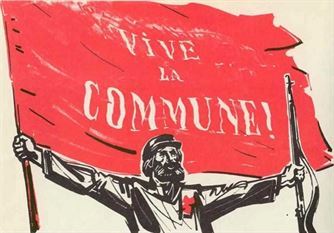 Ahoy!
Citizens !
The Peoples's Springtime lives after all !

The people of the Commune have thrown down their pedestals the tyrants responsible for censorship, repression and poverty. You are a citizen of the Commune. Everywhere, the humble, the oppressed, the voiceless claim the political voice. From all this bubbling emanates a great thirst for happiness and freedom. Workers, peasants, artists, poets, philosophers, activists hug each other and call themselves comrades. But the nascent Commune is very fragile, and the first conflicts emerge about public order, morality, solidarity and democracy... The enemies, their propaganda and their armies crowd into the Commune's walls. Their agents are already within its heart. Fear is invited to General Assemblies.

Dreaming together is uneasy...

A game descended from the Queen, by Nitz
[email protected]